Youngest-ever Peterborough councillor... the only one born in the 21st century! 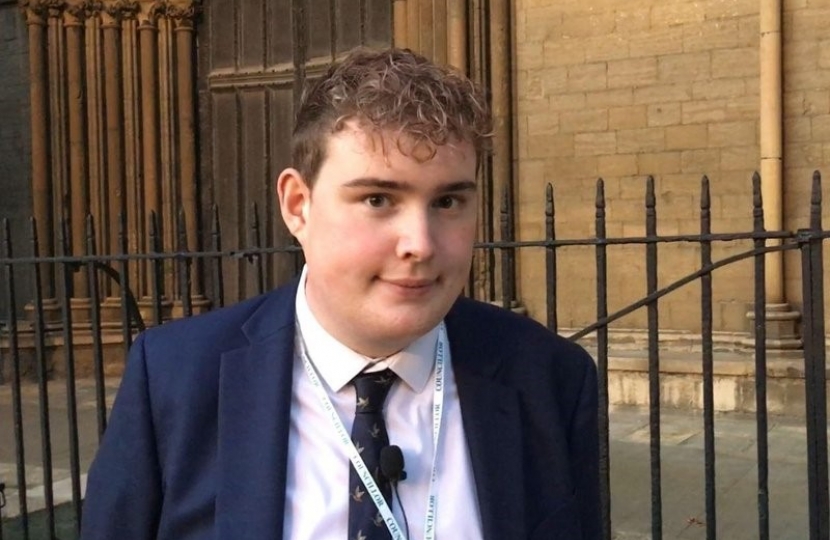 OLIVER Sainsbury (aged 19), the youngest-ever councillor to be elected in Peterborough, is already making his mark with a successful motion calling for a more 'joined up' partnership approach to tackle the growing menace of knife crime.

The motion won cross-party support at full council (June 23rd 2021) thanks to his detailed research showing how certain parts of the city are suffering from incidents involving knife violence.

He told us: " I was a little nervous when I started to speak but having done a lot of preparation I was on sure ground. I was delighted to gain cross-party support which gave me confidence when summing up. I hope this motion will act as a catalyst for all stakeholders to work together and come up with a plan of action."

It was an impressive performance at full council by Oliver within weeks of being elected to Fletton and Stanground ward, where he overturned a Lib-Dem majority of 710. His involvement with politics started aged 13 when he became 'fascinated' with the electoral process, inspired by his grandmother who had been a volunteer with her local Conservative Association. During the 2015 General Election he stayed up all night watching the results on television as David Cameron swept the board.

While studying at Hampton College he was an active member of Peterborough Youth Council, regularly attending various city council scrutiny committee meetings to learn as much as possible. In 2016 when the council was 'all out' he campaigned on behalf of the late city councillor Janet Goodwin which 'spurred me on even more'.

Aged 18, he applied to become a candidate and was subsequently approved and selected for Fletton and Stanground where he faced a team of three Lib Dem councillors. Despite abuse on Facebook, mostly targeted at his age and lack of experience, Oliver stayed focused and worked tirelessly to connect with residents in the months leading up to polling day.

So, how does it feel to make history as the youngest-ever city councillor in Peterborough?

"I am one of three Young Conservatives in our constituency elected in May and I hope we can encourage other young people to engage more with politics," he answered. "The world around us is changing fast and younger people can bring a different perspective. I am proud to be the only city councillor born in the 21st century and I am sure I will not be the last!" 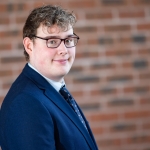 Oliver was elected in May 2021, making history as the youngest-ever city councillor in Peterborough, Having faced a team of three Lib-Dem ward councillors he overturned a majority of 710 to take the seat for the Conservatives. His special interests include communities, crime and young people.

Photo: YC Co-ordinator Ross (right) with other YCs on a night out in Stamford