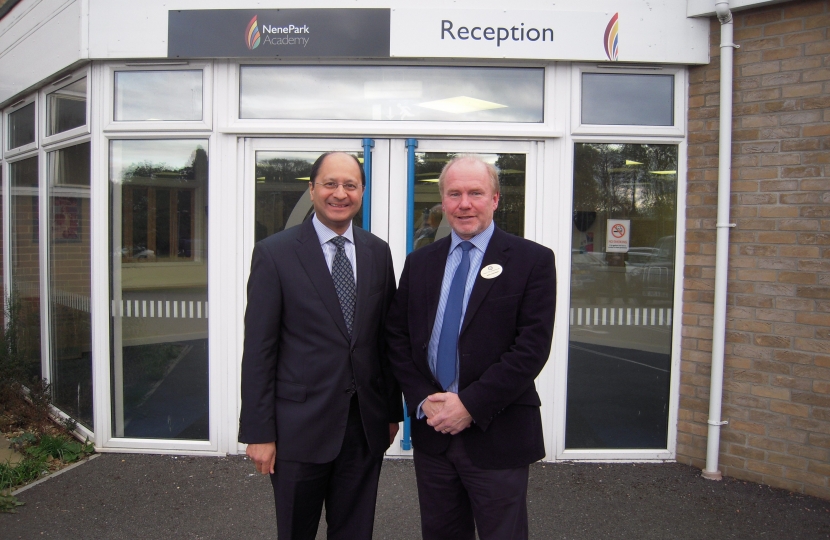 Shailesh Vara, Member of Parliament for North West Cambridgeshire, recently visited Nene Park Academy to officially open the first ever series of mock interviews for Year 11 pupils at the Academy.

The interviews, which took place over the course of the week, are the extension of a programme originally setup by the Rotary Club of Peterborough for the city’s King’s School. For the 150 pupils who took part in the scheme it will have been the first ever job interview experience many will have had in their lives.

As well as opening the inaugural week of interviews, Mr Vara met Mr John Johnston of the Rotary Club of Peterborough and Mr Mark Woods, Principal of Nene Park Academy, along with other key figures responsible for getting the programme off the ground.

“I was delighted to take part in the event, which is a great success story for the school. Many of the students will have gained a number of interview techniques, which they will be able to make use of for the rest of their lives.”

“Shailesh cannot be thanked enough for taking a keen interest in the Rotary Mock Interview Programme from the outset and introducing Nene Park Academy to the opportunity.

“Pupils, parents and teachers were enthused with the results and the programme is now firmly fixed in the school calendar for next year.”