Following his election to the role of Police and Crime Commissioner for Cambridgeshire and Peterborough in May 2021, Darryl Preston has pledged to prioritise victims of crime rather than 'invest in criminals'. This was a strong message as he travelled around our constituency and the rest of the county during his campaign.;

As a former police officer he has first-hand experience of the effects of crime on people's lives and livelihoods, having started his career with the Metropolitan Police Service in 1983. He transferred to Cambridgeshire Constabulary in 1993 where he and his family made their home in Ely.

Upon retirement in 2017 he took on a senior role with the Association of Police and Crime Commissioners in Westminster where he was involved in high-profile initiatives at the very heart of government, including leading several All-Party Parliamentary groups on policing and security.

"This gave me in-depth knowledge of the role of Police and Crime Commissioner and I will do my utmost to work for you and with you, listening to your concerns and ensuring the police act upon them," said Darryl.

For more information or to contact Darryl please use the details below: 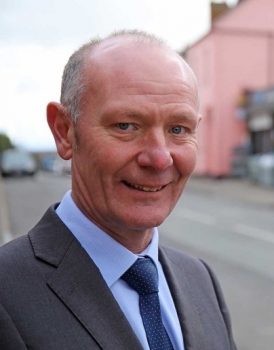